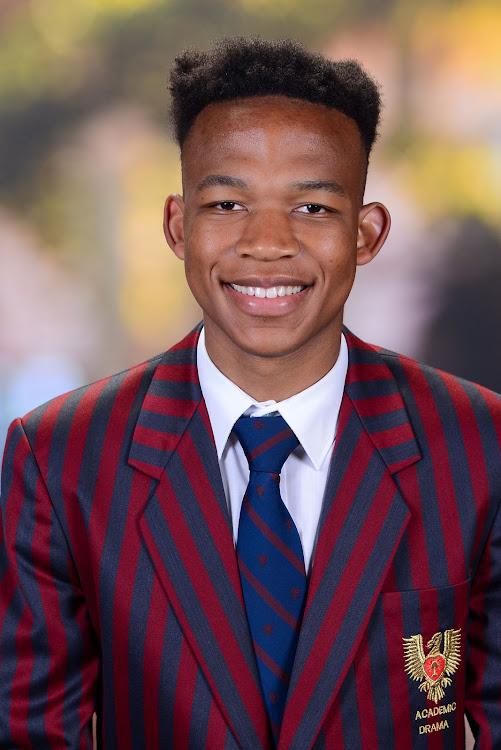 Joburg teen makes it into the Ivy League

With nine distinctions and an average of 95.9%, Johannesburg matriculant Sazi Bongwe is heading to Harvard. Despite completing his final year of high school during the pandemic, the St. John’s College student has achieved his ambition of studying at a top university abroad.

Johannesburg matriculant Sazi Bongwe has secured admission to Harvard University for the 2022 academic year, which kicks off in August. The eighteen-year-old, who was Head of School at St. John’s College in 2021, achieved nine distinctions in his final matric exams, with an average of 95.9% – in addition to building an impressive extracurricular portfolio throughout his school career. For high school students with dreams of studying at a top university abroad, Sazi’s journey is a masterclass in standing out to admissions officers.

“Applying to study overseas is a complex process, especially for South Africans – but if you start planning early enough, it’s very possible for local students to realise their ambitions. For me, understanding all the things that go into a well-rounded application, from academics and extracurriculars, to standardised testing and essays, made the journey much easier,” says Sazi.

Traditionally, Harvard has exceptionally low acceptance rates. In 2021, the university received over 57 000 applicants and only accepted 1 968 students. While the number of applicants in prior years was lower, acceptance rates typically hover around 4%, with international student acceptance rates coming in even lower. Understanding the differences between applying at home and overseas, can give those with big dreams an opportunity to turn them into a reality.

“Top American universities, like Harvard, look for students who demonstrate academic potential, and are intellectually curious, passionate, and innovative. For his capstone project, Sazi launched Ukuzibuza, an online platform which aims to respond to the injustices and challenges faced by the youth. This provided admissions officers with an insight into who he is, as well as the impact he has had, and will have in the future,” says Rebecca Pretorius, Country Manager at global mentorship company Crimson Education, who assisted Sazi with the application process to Harvard, as well as Stanford and Yale.

Application criteria for top universities abroad differs from South African universities in many ways. For example, a large part of an application to a university in the United States, like Harvard, is based on extracurricular activities, especially those that have depth, show passion, and demonstrate leadership.

These institutions also require applicants to submit both core and supplementary essays that reflect who they are, how they have grown, what they’re passionate about and their knowledge of the universities they are applying to. “Additionally, standardised test scores still play a role, despite test flexibility introduced during the Coid-19 pandemic,” says Pretorius.

“My advice to other students wanting to study overseas, is to think of the application as the culmination of you doing things that are meaningful to you. Instead of doing something because it will lead to a good application, make sure that you’re doing things that are meaningful, and that you’re fully giving all yourself to them. The result of that will be a really impressive application,” says Sazi.

Despite many universities reporting a decrease in early round acceptance rates, Crimson recorded an increase in student offers to top schools like Harvard, Princeton, and Yale. The company reports more than 40 early admits to the Ivy League, and over 65 to the United States top 10 schools, including six admissions to Stanford and MIT.

Crimson Education is a global EdTech company which focuses on building the candidacy of high school students wanting to study at top-ranked universities around the world. Through a team mentorship model, learners connect with admission strategists and tutors to assist them with the complex application process for overseas universities. With a presence in 30 cities, the company launched in South Africa in 2018. Crimson offers regular information evenings and workshops around the country. For more information, visit www.crimsoneducation.org/za.