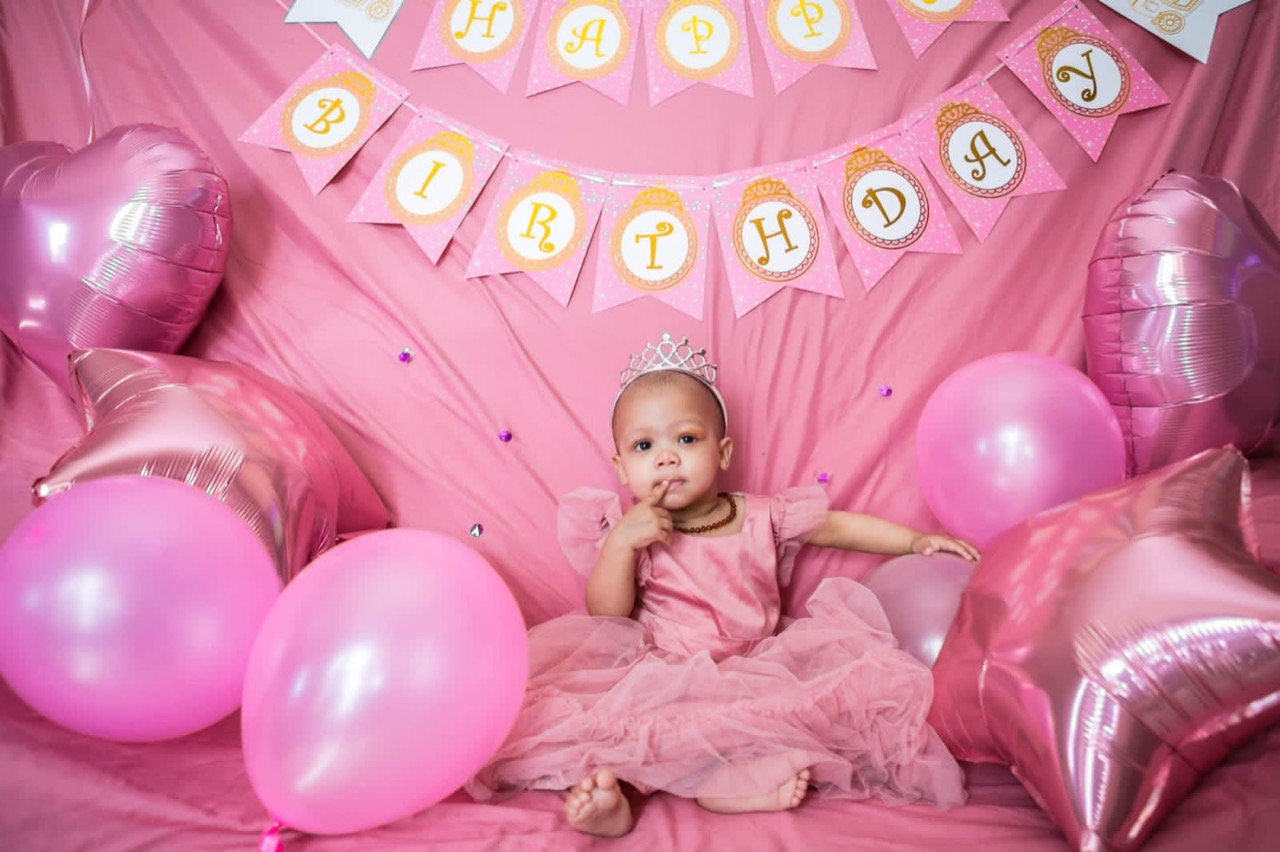 Gracelyn (Gracey) Green – an adorable toddler from Atlantis, Cape Town hopes to win over the hearts of thousands of strangers throughout the country in a desperate plea to save her life.

The fourteen-month-old was diagnosed with juvenile myelomonocytic leukaemia (JMML) – a rare cancer of the blood that affects young children and her only chance of survival is a stem cell transplant.

GIVE GRACEY THE GIFT OF LIFE: Fourteen-month-old, Gracey Green is in dire need of a stem cell transplant. You could be her match.

The South African Bone Marrow Registry (SABMR), which is facilitating a donor match for Gracey, is imploring those of colour to get tested to see if they could be a possible stem cell match.

Zaahier Isaacs, Acting Head of Patient Services for the SABMR says Gracey is classified as an “emergency transplant case”, which means there’s no time to waste.

“In most cases, family members, especially siblings are generally most suitable, but even then, only 30% of patients are lucky enough to find a suitable match among their relatives. That’s why we must cast the net wider to the public to find the best possible match.

“Due to the family’s financial circumstances, all testing and collection of stem cells will be funded via the SABMR’s Patient Assistance Programme, so they don’t need to be burdened further with any medical expenses. Everything is in place, now we just need a donor match.

“Brave little Gracey has already endured three blocks of chemotherapy that have been unsuccessful. She was diagnosed last August, and time is running out. We are relying on the kindness of a stranger to come to her aid.

To raise the estimated R500 000 needed to find Gracey a suitable stem cell donor, the SABMR, has launched a crowdfunding campaign on donations crowdfunding platform, BackaBuddy, hoping the little one will be able to celebrate her second birthday.

Funds raised will be used to procure additional buccal swab kits (testing kits), and cover the costs of donors’ medical tests in the hopes to save Gracey’s life.

“When we see little children carrying such heavy burdens, we can only hope and pray that the donor community will open their hearts, to lighten the load. Right now little Gracey is waiting for her miracle, and we know that her knight in shining armor is out there” says Catherine Du Plooy, BackaBuddy COO.

Gracey has already lost so much at such a young age.

Her mother, Shanique Green, died last June in a fire that emblazoned the family’s home in Atlantis. Minutes before her last breath, she handed Gracey to a bystander through the window and went back to try to save her grandmother, but this proved fatal.

Lorenzo Erasmus, Gracey’s father, says it took a long time to come to terms with Shanique’s death and then to hear the devastating news of Gracey’s illness was just too much to bear. “Doctors aren’t certain how long she will live without a transplant, but our focus right now is to find the best match. The better the match, the better her survival rate after the procedure.”

Her aunt, Lizel Solomons says symptoms first appeared in July last year when she noticed Gracey’s unusually swollen tummy. After a GP examined her, an ambulance was dispatched, and they were rushed to the Red Cross War Memorial Children’s Hospital.

“That’s when I knew something was terribly wrong,” says Solomon.

“A series of tests showed that Gracey had an enlarged spleen, liver and lymph nodes, which eventually led to a JMML diagnosis. It happens when certain white blood cells, called monocytes and myelocytes, don’t mature as they should. This can either happen suddenly or can be associated with other genetic disorders in some children. In Gracey’s case, it’s linked to the former.

“Since the diagnosis, she’s been on several chemotherapy drugs to slow the spread of cancer cells and have undergone chemo without any improvement, so now our only hope is a stem cell transplant.

“My plea is to everyone in our community to help find a donor for our little angel. There’s a match waiting for Gracey, but time is running out. We need every single person who can, to register as a donor. If anyone deserves a second chance, Gracey does.”

According to the SABMR, people of colour are heavily underrepresented in the registry and it is therefore much more difficult for patients with a diverse ethnic heritage to find a matching donor.

Isaacs says Gracey’s chance of finding a match is about one in 100 000, but the SABMR remains hopeful.

“The likelihood of people from mixed ethnic backgrounds finding a successful match is a mere 37% compared to patients from European descent whose chances are 72%.

“The procedure to donate stem cells is non-invasive and takes less than a few minutes to sign up on our website. Anyone in good health, between the ages of 16 and 45 can register.”

Share this on:
Previous post
AA on the impact of poor road infrastructure on road safety in South Africa
Next post
Basadi in Music Awards launched in style