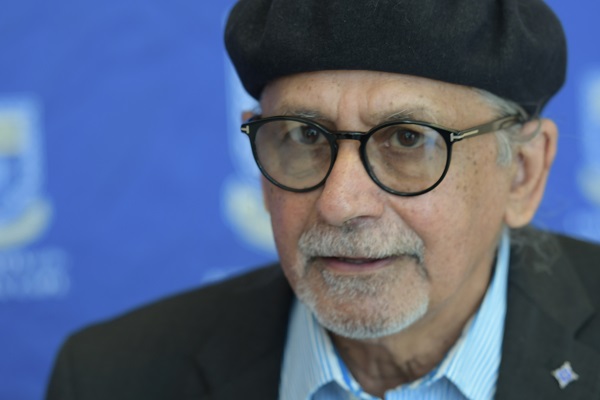 Acclaimed South African photojournalist and activist Rashid Lombard formally handed over his vast personal collection of images, videos and other material to the University of the Western Cape (UWC). It is a rich anthology of South African political and cultural life that will form part of a major new archival project at the University.

The archive contains more than 500 000 film negatives, alongside a large stockpile of video and audio recordings, as well as posters and other documents. The negatives and other material will be digitised and held with the current UWC archives.

Since the 1980s, Lombard has recorded the often-unseen facets of South African life. Notably, he worked for the likes of international broadcasters like the BBC, NBC and AFP, as well as progressive local publications like Grassroots and South, photographing the turmoil of apartheid-era South Africa and the raging anti-apartheid Struggle.

In post-apartheid South Africa, he brought his love of both photography and jazz to bear on the Cape Town International Jazz Festival (CTIJF), which he was instrumental in launching. He would also earn international praise and accolades as a jazz photographer during this stage of his career. Notably, in 2020 he received South Africa’s National Order of Ikhamanga in Silver for his work in developing and marketing the jazz festival as it grew in international repute.

“There’s a lot of history, especially of the Cape Town and the Western Cape struggle, and a lot of music history that he’s captured over his career,” said UWC alumnus, radio personality and programme director Clarence Ford at the launch event held at the Senate Building at the UWC Main Campus in Bellville on 24 March 2022.

Keynote speaker at the event, Mr Nathi Mthethwa, Minister for Sports, Arts and Culture, likened Lombard’s work to that of a historian.

“We are in a position here where we can tell the story from the vantage point of the lion,” Minister Mthethwa said. “This institution is about to add to its collection a very important and significant memory bank of what Rashid has done.”

This UWC collection is growing both in value and size, to such an extent that the University has begun the development of what is for now known as the Archives Precinct. The project will be funded in part by the Department of Sports, Arts and Culture (DSAC). The precinct will include a refurbishment of the University’s Senate Building.

“This archive will be a keen contribution to that Precinct,” said Ms Loïs Dippenaar, Director of Institutional Planning at UWC.

For Lombard, the handover means he has finally found a home for his collection. It’s a process that took seven years, he explained, from when he began to wonder what would happen to it after his passing-, along with his partner making some sense of and cataloguing his holdings, to finally handing it over to UWC. He said students and researchers, but especially the youth, could have access to these images, video and other recordings to use in telling important South African stories.

He described the collaboration between himself, UWC and the department as a “landmark public-private partnership” and a critical opportunity for South Africa.

“This project will see the creation of a globally relevant archive, using my archive as a starting point to set up a state-of-the-art world-class heritage resource and digital masters precinct at UWC,” he said.

“It’s about creating a repository for other archives as well, including that of many families in South Africa. It is said that a picture tells a thousand words, but 500 000 negatives tells a library of stories.”

For interviews with Lombard or video interviews and footage, contact UWC spokesperson Gasant Abarder on 0832946097 or email gabarder@uwc.ac.za

Share this on:
Previous post
Personal security a must in SA – AA
Next post
UP students make their mark in the 2022 SAICA ITC with stellar results