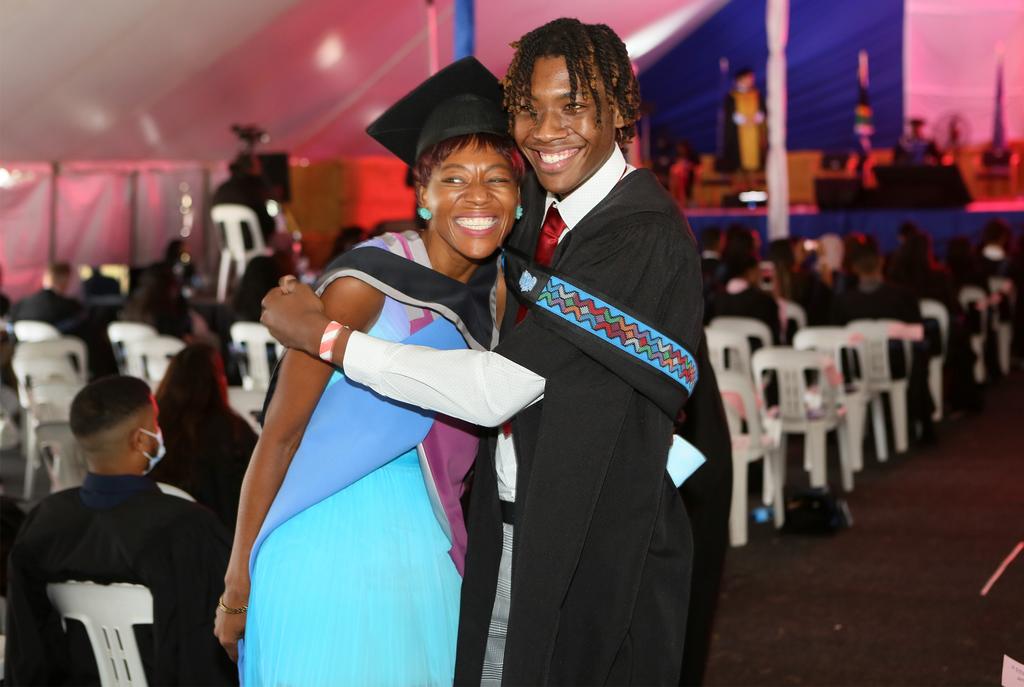 The grandson of Mathatha Tsedu, a giant in journalism, was among the hundreds of excited graduates gracing the stage at the University of the Western Cape’s (UWC) first in-person graduation ceremony since the COVID-19 pandemic hit two years ago.

Malamba Tsedu graduated with a Bachelor of Arts degree on Monday and was proud to have his grandfather and family by his side.

The university conferred an honorary doctorate on the Limpopo-born Mathatha Tsedu in April 2016. The former editor of the Sunday Times and City Press newspapers was awarded the Order of Ikhamanga in silver.

This respected journalist – known for defying the apartheid regime, his fearless integrity in reporting and his dynamic role in ensuring press freedom in South Africa – said he and his wife raised Malamba as their own. “He felt more like a last-born. Being here today and looking back at all the memories of him sleeping in a cot next to us and looking at where he is today makes me really proud,” said Tsedu.

Malamba was grateful that his family could attend. “This occasion is especially significant because it is this university that conferred an honorary degree on my grandfather, and I’m excited to have all of my family here.”

Another notable graduation on Tuesday was that of the son of acclaimed molecular biologist – working mainly on coronaviruses since 2003 – Professor Burtam Fielding.

Ezra Fielding graduated with a BSc Honours in Computer Science. In October, he will start a two-year Master’s degree at the Kyushu Institute of Technology in Japan through the UN/Japan long-term Post-graduate Study on Nano-Satellite Technologies Fellowship programme.

“I would love to work in and contribute to South Africa’s Space Technologies Industry. My dream is to start my own company, which develops and launches South African-built hardware into space.

He is thankful for the opportunity to graduate in person: “For me graduating feels like a public affirmation of the fact that we’ve been equipped with the knowledge required to pursue our goals and dreams”.

His father and mother graduated from UWC, and recently Prof Fielding took up the position of Dean of the Faculty of Natural Sciences.

“What adds to this is the fact that my dad also works here. It’s always been a joy chatting to him about campus life and sharing my student experiences with him. Although, in a way this is probably what it feels like to have your parent be a teacher at your high school.”

Share this on:
Previous post
How to empower your teens as they navigate life after lockdown
Next post
Sanral intensifies investments on N2 wild coast road project