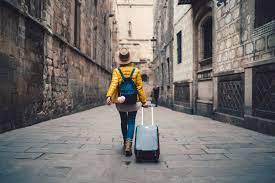 Six things to do if you’re travelling on your own

South Africa’s future is at risk unless we deal with the scourge of unemployment, Rev. Frank Chikane warned delegates during his keynote address at the Trialogue Business in Society Conference on 11 May.

According to Chikane – the chairperson of Kagiso Tiso Holdings (KTH), who served as director-general under President Thabo Mbeki – the country is in crisis but the time is ripe to forge a “cross-sectional partnership” between business, civil society, labour and government to “realise a more inclusive, equitable society”.

The theme of Chikane’s keynote address, delivered on the second day of the development-focused conference, was ‘Reconnecting with our Constitution: Realising the South Africa that we struggled for’. Chikane indicated that, although our Constitution is regarded as one of the best in the world on paper, we have fallen short of ensuring that every citizen’s potential can be fulfilled, which underscores the Constitutional mandate.

As one of the original architects of the Constitution, Chikane said the document was designed to “correct the injustices of the past and improve the quality of life of all citizens” and it would additionally “ensure that no-one’s rights would ever be violated again”. However, we have yet to achieve “a just, equitable, reconciled, peaceful and sustainable South Africa, free of prejudice and violence, corruption and deprivation,” Chikane pointed out.

The #FeesMustFall movement is a symptom of systemic exclusion, which continues to affect poor and marginalised youth some 30 years after the fall of apartheid.

Reversing the effects of state capture

Chikane made the point that the people of South Africa are “the last line of defence” when it comes to protecting our rights and we should never accept corruption – nor should we gloss over the damaging effects of years of state capture.

“Everyone is equal before the law – but people in this country captured the state, and entities of the state, and they don’t want to go to jail. They continue to operate outside the law,” he said. “These people committed treason and we hope the legal system will take care of this.”

Speaking ahead of a planned Conference on Democratic Renewal, which will be held in June, Rev. Chikane said: “We have to defend our democracy because, when everything else fails – political parties, Parliament – the people of South Africa are the last line of defence. As the people of South Africa, we must come up with a people’s manifesto that will tell political leadership to save the country or ship out!”

Achieving social justice has been a struggle as there has been “no correction of the injustices of the past”, Chikane said. Unlike Germany, there were no economic reparations, or “transfer of resources”, made in South Africa.

“Business should invest because poverty destroys democracy,” Chikane told delegates. “One way companies can help to realise our Constitutional rights is by funding and capacitating social justice organisations that advocate for these enshrined basic rights.”