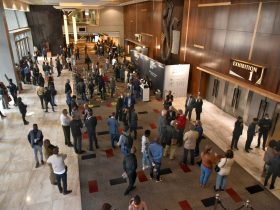 Innovation at the heart of recovery for Africa’s hospitality sector

The popular annual Soweto Comedy Festival is back, this time bigger and better as it marks 14 years in the entertainment industry. The show is amongst the many to be staged at Soweto theatre in commemoration of the 10th year anniversary of the Theatre and will be hosted on 27 May 2022.

On the show line-up are the masters of comedy whom are Soweto residents and comedians. Jordan JayBoogie Mazibuko from Meadowlands, Zicco Sithole from Dobsonville, PelePele from Zola, Kedibone Mulaudzi from Protea Glen via Venda. This edition will also feature an international guest comedian from Zambia Chibwe Katebe.
The comedians on the line-up are regulars at comedy clubs, big shows all over the country and the presence of an international Zambian comedian will showcase what Zambia’s comedy has in-store for us. So comedy fans in Soweto and Gauteng in general are in for a comedy treat.

Soweto Comedy Festival is the brain child of Kedibone Mulaudzi who has turned it into an international franchise.
The festival made the big comedy names that are in the industry today.  It was also a space where comedy workshops were run under Nubreed School of Comedy which is now called The SA Comedy Academy. The first Soweto Comedy Festival which took place in Pimville, Soweto, and had a killer line-up which was made of comedians from the Horror Café era: Trevor Noah, Eugene Khoza, Loyiso Gola, Kedibone Mulaudzi, Kagiso Lediga and Roni Modimola.
Fast forward to 14 Years later the brand Soweto Comedy Festival is a big brand and it is celebrating its 14th year anniversary in a big way with some home grown heavy weights of comedy at the Iconic Soweto Theatre.