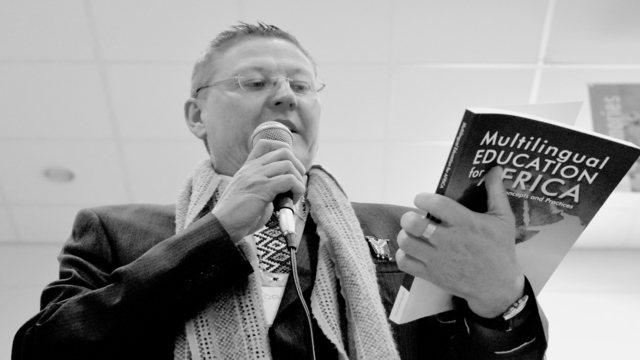 First Research Chair in Forensic Linguistics on the Continent

About 8% of all deaths in South Africa are attributed to smoking cigarettes. Globally, tobacco kills over 8 million people yearly, since over 7000 chemicals contained in tobacco-related products cause increased risk of deaths from tuberculosis, lung cancer and heart disease. Without the consumption of cigarettes the death rate of lung cancer would have been avoided by 58%, tuberculosis by 20%, and heart disease by 23%. Accordingly, the World Health Organisation (WHO) marks World No Tobacco Day with the call for a tobacco free society.

The WHO does this through urging governments to implement anti-tobacco policies, such as tax levies, to deter smokers from purchasing tobacco products. Unfortunately, the WHO erroneously demonises tobacco harm-reducing products such as vaping and e-cigarettes as being equally harmful. This initiative has lead to a discussion paper by National Treasury, Taxation of Electronic Nicotine and Non-Nicotine Delivery Systems, which concludes that vaping and e-cigarette products pose major risks.

Since cigarettes are addictive, sin tax is an ineffective tool to curb consumption, given that tobacco users’ behaviour is unaffected by price increases. Moreover, during recent lockdowns, a cigarette ban lured smokers to the dangerous black market. The band also caused losses of between R4 million to R6 million in excise taxes, while heightening smokers’ risk profile since black market cigarettes contain dangerous chemicals. Thus, the state’s policy stance on the tobacco crisis is wholly inadequate and severely damaging.

Government cannot innovate and produce creative solutions to highly complex issues. To better account for this, industries capable of innovating solutions in the vaping industry ought to be allowed to create without legislative hindrance. However, the Tobacco Bill will make the vaping industry less competitive and price out smokers most affected by tobacco- related disease.

The alternative is to adopt tobacco harm-reducing strategies that centre around vaping and e-cigarette products. Research by the United Kingdom’s (UK) Royal College of Physicians shows that the use of e-cigarettes has the potential to mitigate tobacco related deaths and disabilities. It also found that the risk to health from inhaling vapour is unlikely to exceed 5% of the harm from smoking tobacco.

However, at the heart of government’s anti-vaping stance is the belief that nicotine poses an equally dangerous threat to public health, while asserting that there is little evidence that vaping may lead to smokers quitting. However, research shows that the large uptake of e-cigarettes in the United States correlated with a high level of cessation of smoking cigarettes.

Japan, Sweden and the UK have employed tobacco harm-reduction strategies to maximum utility in curbing tobacco related deaths. Large scale public uptake of heat-not-burn products caused a 40% decline in cigarette sales in Japan.  Sweden’s low lung cancer rates are attributed to the wide use of alternatives. Encouragingly, the UK government encourages vaping as an alternative to smoking, through the National Health Service.

The push in South Africa for stringent tax levies on vaping products could have damaging implications for tobacco harm-reduction strategies, since the prices of vaping products become exorbitant and misinformation around nicotine unfairly steers public sentiment against vaping. The WHO’s anti-vaping stance is largely to blame for ineffective government policy.

Vaping detractors often cite concerns about the development of respiratory illness as a result of vaping. However, it was found that respiratory issues developed as a consequence of using illicit cartridges mixed with the cannabis compound THC,as a result of cartridges purchased on the black market resulting from flavour bans.

Importantly, research found that vaping is 95% safer than smoking, which should encourage smokers to take up vaping as opposed to combustible tobacco products.

Vaping and e-cigarette products are healthier substitute products for smokers struggling to quit.  New flavour profiles make quitting more desirable and easier to maintain absence from smoking as opposed to total absence. However, the wrong policies will cause potential vapers to purchase products from illicit traders, since soaring prices are attributed to taxation, meaning that government policy causes more harm than good.

It is easier to educate consumers as opposed to restricting their choices through sin taxes and outright bans. Making the market as safe as possible for smokers by providing evidence-based workable solutions is a better path. Vaping and e-cigarettes provide immediate solutions to the tobacco crisis and shifting to these products, away from cigarettes, must be encouraged.

Although citizens are largely unaware of the extent of tobacco harm, the state should desist from using parental powers to discourage uptake of legitimate tobacco harm-reduction alternatives, since higher public uptake of vaping and e-cigarette products will lead to a possibly tobacco-free world.