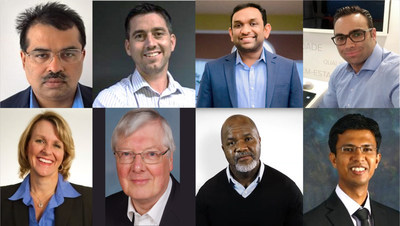 Panel of experts selected to judge entries in 2022 Innovation Awards

“Excellent coffee meets a great story of passion and dedication,” is the entrepreneurial journey of Sihle Magubane (40), owner of Sihle’s Brew – the first South African black-owned coffee brand which is hitting its stride after launching seven products on Pick n Pay shelves in last 10 months.

Born in the rural town of iNkandla in KwaZulu-Natal, Magubane was faced with providing for himself and his siblings at the age of 16 after his mother’s death. He juggled two part-time jobs working as a gardener and as a pizza maker while completing high school.

He relocated to Johannesburg after school, and without money to further his studies, began to look for training opportunities. In 2003, age 21, his love affair with coffee was kick started when he was selected to train at the Ciro Coffee Academy. Under the mentorship of coffee connoisseur, Roberto Monterrage, he got his first job as a trained barista and over the next decade, worked at improving the sales of his clients until his intense passion for coffee inspired him to open his own business.

His story is one of hard work, perseverance, patience, and perfecting one’s craft. “I had a passion to create different flavours of coffee,” explains Magubane. “The South African palate is very sweet in terms of taste profile, so I bought high-quality beans from Ethiopia and roasted them to help balance the sweetness and citrus.”

It took him a month to create five unique blends from his small factory in North Riding, Randburg. “I roasted each blend myself,” says Magubane. A year later he was able to hire his first staff member.

His first client was a coffee shop which bought a 6kg bag per month, and he grew from there – continuously reinvesting in his business. “Without access to finance, I used the money from orders to buy more packaging.”

He recalls when his car was written off and he battled to deliver orders. “The banks wouldn’t look at me as my turnover was down, and they didn’t understand my vision. I caught three taxis to deliver one box of coffee. It took me the whole day and the customer never knew what it took to deliver that order. I was determined, as each order meant I could grow my business.”

A turning point came when he had the opportunity to study at GIBS through their supplier development programme. Never one to waste an opportunity, Magubane was top of his class. “I realised I never understood how to manage my cash flow properly. I even got in trouble with SARS because of it. After the course, I revisited my business plan and model. From there, everything began to change.”

After receiving funding, he bought new equipment for his small factory, including his first coffee roaster in 2018, and began approaching retail stores. For five years he knocked on retailers’ doors and was listed in some Spar and Food Lover’s Market stores, but sales were low. During this time, he attended various workshops hosted by Pick n Pay’s Enterprise & Supplier Development programme which helps small suppliers get onto the shelf.

Finally, Sihle’s Brew got its break when Pick n Pay listed four products in August 2021. “We sold 29 units in 15 days, which tripled the next month. This growth trajectory hasn’t subsided since.” His products initially launched in 50 stores, and they are now available in over 350 Pick n Pay stores.

Magubane now also produces coffee for Pick n Pay’s ground coffee – available in over 500 stores – and he says sales are going well. “We worked together for two years to launch a Caramel Fudge, Vanilla and Hazelnut ground coffee under the PnP brand. It’s a really special blend as it has a plant-based flavouring and is GMO-free.”

“Sihle has taken the listing opportunity and used the platform to realise his own dreams. He has been patient in complying with the packaging and food safety requirements, while always having a smile on his face and having positive attitude. We are very proud of our association with Sihle and to witness his business growing,” says Mishinga Seyuba Kombo, Head of Pick n Pay Enterprise & Supplier Development.

Sihle’s Brew now employs 23 people, and has been able to hire nine more people since his products went on shelf at Pick n Pay. “My sales have grown by 300% since my product was launched on Pick n Pay’s shelves 10 months ago.”

“When I started, I was roasting coffee once a week and doing around 5-10kg a month. Now I am roasting over 2,000kg of coffee every day for Pick n Pay alone.”

He is still in his original factory but plans to expand soon. “My dream is to have a factory that is owned by Sihle’s Brew. I also hope to add more flavours to my range very soon.”

Sihle’s Brew also offers services – such event solutions, barista training and roasting services – and operates two coffee shops called Sihle’s Brew Barista Love in Woodmead and Northview in Johannesburg. “I opened my first coffee shop in 2015, and grew it to four but lockdown meant we had to close two branches.”

While very hands-on in the business, Magubane remains committed to offering free training and has trained over 20 baristas to date. He is determined to equip other young people with knowledge.  “If anyone is given a chance to obtain training or skills, they will excel in their job. The free training I received at Ciro and GIBS, and the mentorship from Pick n Pay have enabled me to develop my business. I want to equip others with the same opportunity,” concludes Magubane.