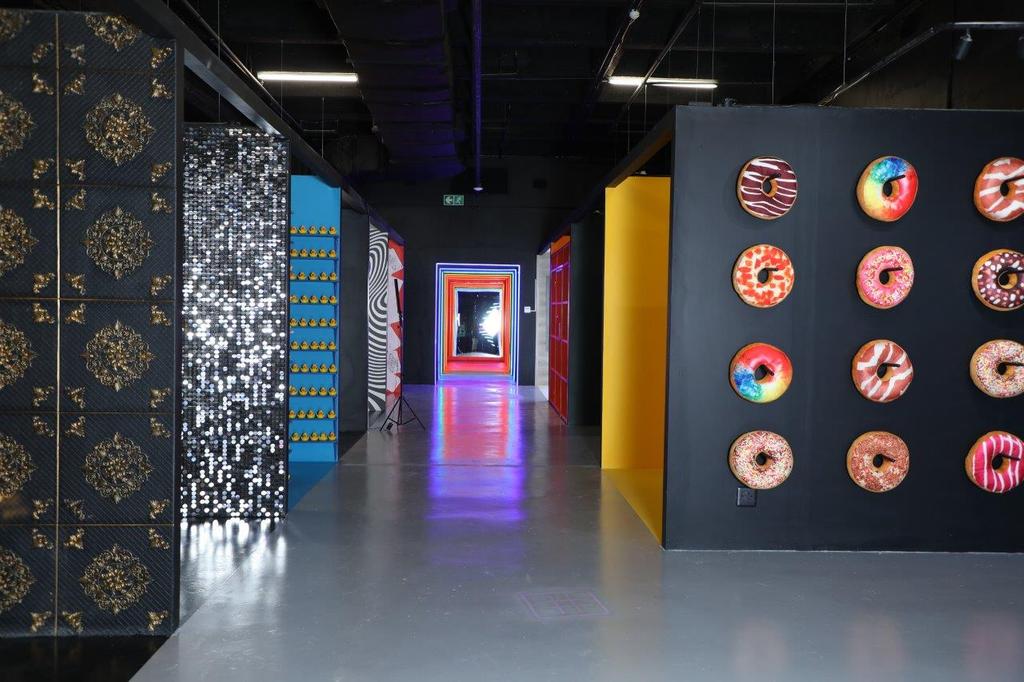 It feels a lot like Christmas at Rosebank Mall!

In March this year, in a much-publicised interview (Neal Froneman gets frank about the lows, and highs, of doing business in South Africa), Sibanye-Stillwater CEO Neal Froneman heavily criticised the state of South Africa’s economy and government, citing a lack of leadership. He said:

“This is a lack of people at the highest levels taking proper action against lawlessness, against crime, and it filters all the way down through the system. But, ultimately, because there is no economic growth, people are poor, people are angry, and, of course, there is a lack of capacity to deliver services.”

He joins a growing chorus of prominent people in business, government and academia who are increasingly excoriating the government for their failures to not only create an environment conducive for economic growth but also for failing to reign in corruption and malfeasance across all levels of government.

It is important though to look carefully and concisely at why South Africa is failing to grow and deliver a dignified life of increasing flourishing for South Africans.

Municipal failure
The latest findings from ratings agency RatingsAfrika show that six of South Africa’s eight major metropolitan municipalities are financially unsustainable and need critical government intervention. This view is echoed by The Bureau of Economic Research (BER), which published a research note last year on the state of South Africa’s municipalities, focusing on why so many towns and cities fail to deliver basic service delivery.

In their report the BER notes that local economic development and better municipal service delivery are vital if South Africa wants to broaden economic participation and reverse its unemployment trend.

Only 5% of municipalities are financially stable and roughly 64 are dysfunctional due to poor governance, weak institutional capacity, poor financial management, corruption, and political instability.

RatingsAfrika goes on to warn that the government will have to intervene and bail these municipalities out – however, this could come at a cost to taxpayers, who would inevitably have to foot the bill.

Constraints on small and medium-sized enterprises (SMEs)
SMEs across South Africa represent more than 98 percent of businesses, employ between 50 and 60 percent of the country’s workforce across all sectors, and are responsible for a quarter of job growth in the private sector. And while the GDP contributions from South Africa’s SMEs lag other regions — 39 percent compared to 57 percent in the EU — there is no doubt that this sector is a critical engine of the economy.

High levels of government bureaucracy, a substantial tax burden and restrictive labour regulations contribute to unnecessary restrictions placed on SMEs and prevent them from being greater job creators than they currently are. This combined with sluggish economic growth, wage stagnation and the aftereffects of the COVID 19 pandemic have meant reduced consumer demand which has hobbled SMEs revenues and their ability to grow and employ more people.

Failure of State-Owned Enterprises (SOEs)
For about a decade and a half, we have witnessed South Africa’s SOEs in a state of decline. They have succumbed to operational inefficiencies, financial mismanagement and governance lapses. From Eskom, to Prasa, to Sanral and SAA, inefficient boards, tender rigging, project delays and state capture have resulted in inadequate service delivery and robbed the country of billions in opportunity costs.

Resources have been shifted away from building new public infrastructure and maintaining already existing infrastructure – which would facilitate more investment in the country – towards swelling the coffers of a small politically connected coterie of nefarious actors.

This situation will seemingly not be abated as the Government plans to establish a centralised shareholding company to help it control its existing state-owned enterprises, as President Cyril Ramaphosa recently indicated. Responding to questions in parliament on 17 March, Ramaphosa said he views state-owned enterprises as critical drivers of inclusive economic growth and social development in the country.

Ease of doing business
According to the World Bank’s Ease of Doing Business Index, South Africa ranked 32nd in 2008. By 2020 South Africa had dropped to 84th, out of 190 countries in the index. This is troubling as the 2018 “Doing Business” report finds a strong correlation between inclusive growth and the regulatory environment for business activities. The report uses 11 indicators that matter to entrepreneurship for the rankings, including newly expanded coverage of aspects relevant to the operations of private-sector business activity.

The link between the “Doing Business” ranking and inclusive, job-creating economic growth is straightforward: When the ease of doing business improves and a country rises in the rankings, its economy is performing better mainly because of expanded small and medium enterprise (SME) business activity.

South Africa’s growth has trended downwards since 2010, averaging just 1.7% between 2011 and 2018 from an average high of 4.1% during the presidency of Thabo Mbeki. When coupled with an average population growth of 1.6%, this has meant that our economy has failed to  maintain the necessary pace needed to create jobs for new market entrants.

Conclusion
For South Africa to propel itself to a higher growth path, it will need to resolve a significant number of structural difficulties, a few of which were described here.

Without courageous leadership and dramatic changes to our economic and educational framework, the country will drift along a low growth path, with poverty likely to rise.

If, however, we can address these issues, the country can find a new base and create a healthier and wealthier society for all.