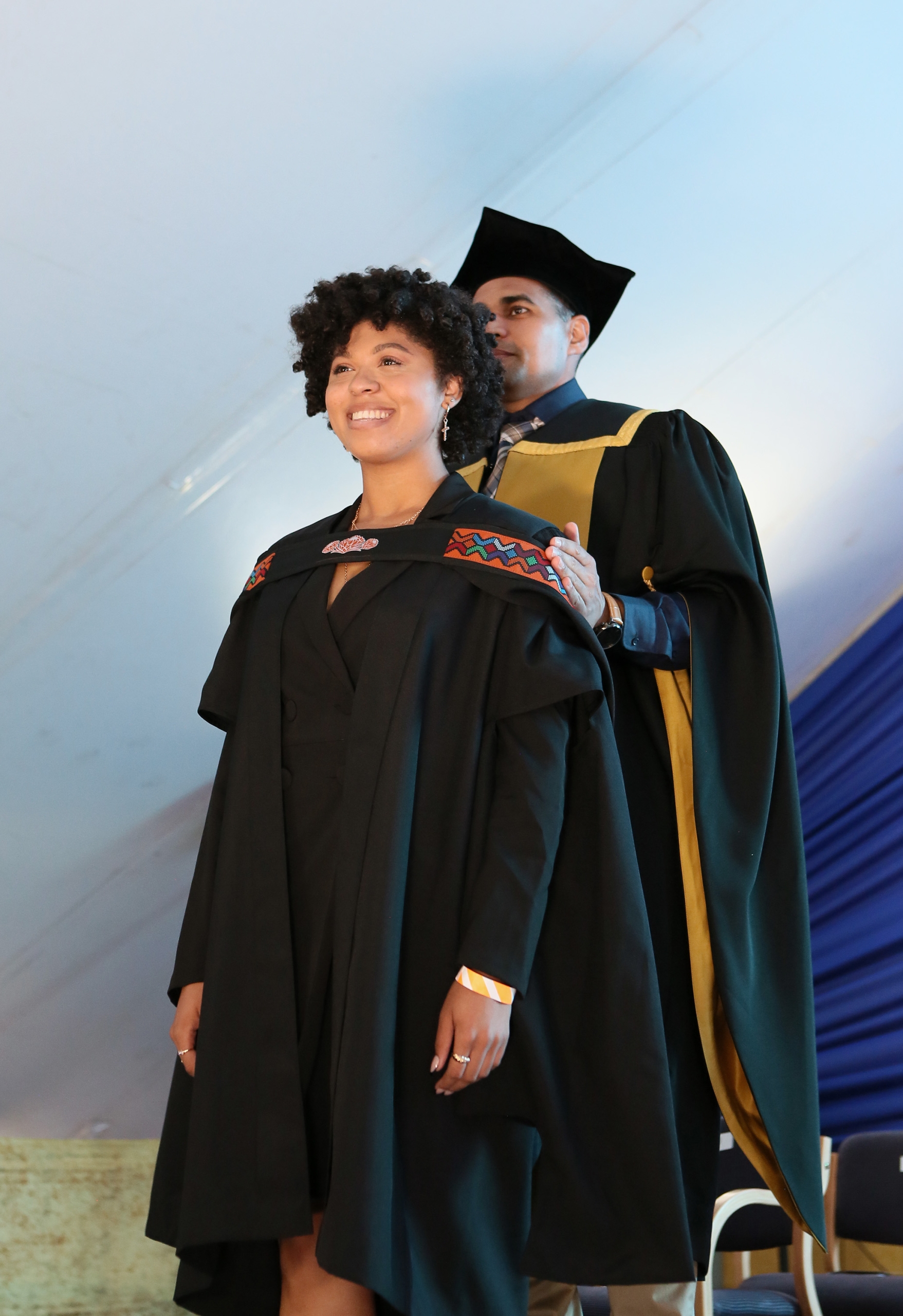 Keeping a good balance between sport and education, and succeeding with flying colours, is a huge challenge that has crushed the careers of many university student-athletes – not that of Regirl Ngobeni.

The University of the Western Cape (UWC) football star and Banyana Banyana goalkeeper has been so good at keeping the balancing act that, despite her busy schedule, she completed her Bachelor of Education degree in the standard time, joining hundreds of students who graduated on Wednesday.

“It’s never been an issue for me (to balance sport with academics) as I have always been a top performer in class while playing soccer,” Ngobeni said. “I’m presented with new challenges every day, but I always find ways to deal with them. I won’t lose focus when it comes to balancing my education and soccer responsibilities.”

Ngobeni, who has represented South Africa at both Under 17 and Under 20 levels before earning her first Banyana Banyana call-up last year, said she is very excited about her graduation, describing the occasion as “overwhelming”. “I have been waiting for this moment, and it finally came. I’m so proud of myself for the things that I have achieved so far. Everything is going so well for me and I’m very happy about it.”

Riri, as Ngobeni is affectionately known in football circles, has also been a top performer on the field of play, and her heroics were rewarded with the Best Goalkeeper of the Season award at the HollywoodBets Super League annual awards ceremony at the weekend. She was pivotal in helping the UWC Women’s Football team finish third in the league last season and to be in the top 10 of the best women’s teams on the African continent.